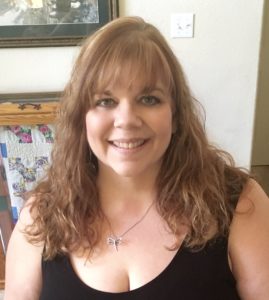 Valarie has been married for 31 years to her wonderful husband, Gaylon. They have three grown children, Kendall, Alexander and Faith Abigail, and live in Austin. She first fell in love with birth and the midwifery model of care after having a midwife with her second child in 1992.

She first started attending births in 1993, as an apprentice with her midwife in New Mexico. She enrolled in Apprentice Academics (now Ancient Art Midwifery Institute) to pursue licensure in the state of New Mexico. She was a member of the Carlsbad Midwifery Association, and was also active in her local La Leche League group. Valarie is a passionate supporter of breastfeeding on demand, child-led weaning and attachment parenting.

After a year and a half, her family moved to the Blue Ridge Mountains of North Carolina. Because direct-entry midwifery is illegal in North Carolina, Valarie switched gears and began providing doula support for women who chose to have homebirths. She also volunteered with her local La Leche League group as Treasurer and Newsletter Editor. In addition to helping breastfeeding moms through LLL, she also volunteered as a Breastfeeding Peer Counselor with the Henderson County WIC program, providing support and information to women during their first few days and weeks of breastfeeding.

She became a member of the North Carolina Friends of Midwives, a statewide grassroots organization which advocates for women’s rights to choose their own setting and care provider for their birth, and lobbies at the state legislature for the legalization of direct-entry midwifery in North Carolina. She also attended statewide midwifery meetings, networking with direct-entry and certified nurse midwives throughout the state to help promote homebirth and direct-entry midwifery. During this time, she began homeschooling her three children, and was very active in the local homeschool support group, organizing events and field trips, as well as serving as the Yearbook Editor for the Henderson County Homeschool Association for 3 years.

In 2001, Valarie became a Licensed Midwifery Apprentice in South Carolina, and began attending births with a midwife in the Upstate of South Carolina. She served as a volunteer at Baby Fairs and Book Promotions throughout the Greenville/Spartanburg area to help raise awareness and promote homebirth and the midwifery model of care. However, after a year of attending births, she realized that she needed to put her midwifery studies on hold while she finished raising and homeschooling her three children. Even while ’taking a break’, Valarie continued to have a passion for birth, attending births as a Doula and remaining active in her local La Leche League group.

In 2010, the family moved to Texas. She briefly served as a doula in the Austin area, until her youngest child graduated from their homeschool in 2015. After that, Valarie knew it was finally time to return to her lifelong dream of becoming a midwife. She loves being “with woman”, serving pregnant and birthing women, helping them to achieve the birth experience they want and deserve.

Valarie is currently enrolled in the Association of Texas Midwives Midwifery Training Program, working toward her goal of becoming a Licensed Midwife and a Certified Professional Midwife. She hopes to graduate by the end of 2017.
Valarie has current certifications in American Heart Association Basic Life Support for Healthcare Professionals and Neonatal Resuscitation, and is also a Certified Catholic Doula.

Valarie has been working with Michele since 2016. She is working on her primaries and teaches Childbirth Education classes for their practice.