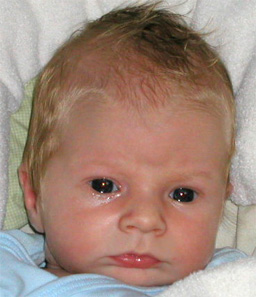 I’m lucky enough to live less than a mile from Michele so when I went a week past my due date she started paying us special daily visits to check on me,
take me for walks, bringing bananas for potassium and in general to boost my spirits.
All that week I’d been in what I’d jokingly named Midwife Boot Camp or attempting to naturally induce labor. By Thursday morning, September
7th, I was one day from being 2 weeks past my due date. (Which also happens to be the day before my best girlfriend’s birthday and earlier that day she had jokingly told me that I should have the baby on the 8th.) Michele called me to see if I wanted to go take a walk, get a sweet treat and to buy some more CASTOR OIL!
I won’t go into specifics of what Midwife Boot Camp entails because I believe you should only resort to these measures under a professional’s supervision. In a nutshell it consists of electric breast pumping, cervical “massage”, walking, herbal tinctures, Evening Primrose Oil and mass quantities of castor oil. Sound yucky? It’s not fun but I deem it better than a Pitocin drip at the local hospital.

At this point, that Thursday, I was around 3-4cm dilated and Michele kept reassuring me that I was very close and we just had to push it over the edge and into active labor.
Around noon Michele and I went for a lovely, therapeutic walk and then stopped at People’s drugstore for more herbal tinctures, castor oil and a sweet treat. Then home again to Midwife Boot Camp.

Michele came over a couple of hours later and I’d started having regular, albeit mild contractions which would fizzle out when I stopped pumping. I believe this is when she decided that my stubborn transverse baby needed to be fully posterior after my attempts all week to turn him anterior failed. I won’t describe what she did but when my husband, Jimmy, walked into the room as we assumed the position we all had to laugh. Things were starting to feel comical. Was this baby ever going to come out?

After another walk and more pumping with pretty regular though mild contractions she asked me to stay on the pump for a whole hour to see what would happen. Michele then called Sam and Kristen and told them to meet at her house at 6pm because we were going to have a baby that night. I said that I thought it was a bit early to alert the team because I didn’t believe her!

Michele called after my hour of pumping was up and I told her that I’d had regular, though still mild contractions through the entire hour and she said they were coming over to set up! At this point I was still in denial that I was in labor. It was around 7:30pm.

They arrived to set up and Sam took me for a walk around the neighborhood. I honestly didn’t feel like I was in labor though I’d periodically stop and squat down through a mild contraction. Sam and I chatted as we walked around my darkening neighborhood discussing the full moon, etc.–all the while I continued to doubt that I was in labor.

I don’t remember specific details past that walk; it’s all a blur, though I know I was not in pain until later. I remember that it felt more like a party than anything with everyone bustling around and chatting. I was making bad jokes; I felt drunk and silly and kept trying to tell everyone that they were wasting their time because I was NOT in labor!

Then, around 9pm, after a cervical check Michele said it was time to break my water bag and I said that afterward I’d like to have a shower. I cheerfully joked through the procedure and minutes after the bag was broken I felt my first STRONG contraction. I quickly changed my mind about the shower and groaned that I’d rather get in the bathtub instead.

Before I knew it I was whisked into the tub and covered with a bath towel, the weight of the wet towel felt comforting. Michele lit candles and she and Jimmy sat with me in the dimly lit room talking to me through my contractions trying to keep me comfortable. I felt completely relaxed but the pain continued to grow stronger and I recall stereotypically telling Jimmy that this would
be our last child. After a while Michele decided to get me out of the tub and they led me back to our bedroom.

As we walked through the kitchen to our bedroom Sam and Kristen were busy baking the “birth day” cupcakes that I’d promised my 3 year old son, who amazingly slept through the hubbub. Then another contraction hit me hard and I immediately headed for my birthing ball and sweet relief. I don’t know why I didn’t realize this during labor with my first but sitting on the ball cut my pain down incredibly

All I remember through this phase (which I believe must have been transition) is sitting on the ball moaning and groaning and Jimmy walking me to the front of the house and back.I remember Sam sweeping my dining room floor, the whir of the mixer, the camera flashing and having each person sit and talk with me as I
moaned and groaned my way through the hardest, yet thankfully shortest part of my labor. There were only a few contractions which felt extremely
long and more painful than anything I’ve ever felt. Michele later told me that at the end I’d had a few 5 minute contractions and that’s when my stubborn baby turned himself around to the preferred anterior position.

Michele set up an area for Jimmy to support me while I stood and squatted.I pushed hard one time and I remember Michele telling me to STOP PUSHING. The rest I remember in slow motion. She guided me to the bed while demonstrating to me how to breathe and blow to slow my urge to push. After having to push for 2 hours to get my first child out, I don’t think anyone, especially me, expected this baby to arrive so rapidly.

I remember hearing someone say that I might not make it to the 8th! All I could see was this hazy circle with Michele’s face in the center telling me how to breathe and relax and let my body push the baby out. And much to my amazement, it did. I didn’t have to push past the initial big push while squatting until it was time to push the placenta out. It was honestly the most incredible feeling ever; with Michele’s guidance those contractions eased our new baby boy (9 pounds 6 ounces) into Jimmy’s hands at 12:03 am on September 8th, 2006.